IJsselbloem Bed & Breakfast is situated next to the Hollandsche IJssel in the Green Heart of The Netherlands. Many walking and cycling possibilities are available. Fun and remarkable cities are within a short radius, such as Rotterdam, Gouda, Schoonhoven and Kinderdijk. Another possibility is to enjoy canoeing in the great “polder” landscape. 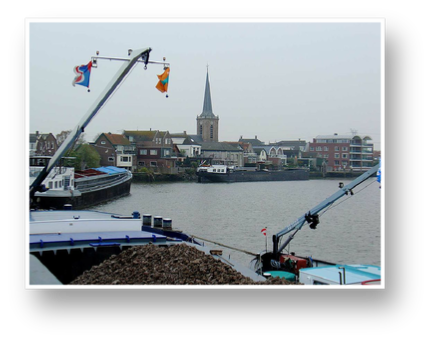 Ouderkerk aan den IJssel:
The village of Ouderkerk aan den IJssel has over 5.600 inhabitants and is over 750 years old. Together with Gouderak, Lageweg and IJssellaan it forms the municipal Ouderkerk. During the great flood of 1953 near the former reformed church (IJsseldijk-Noord 22a) the dike gave way. In the reformed church, which together with the church of Sassenheim is considered one of the oldest churches in South-Holland, the tomb of the earls of Nassau (Lalecq) can be found. Ouderkerk aan den IJssel is situated in the typical Dutch polder “de Krimpenerwaard”. The appearance of the landscape is determined by vast meadows with grazing cows, sheep and birds together with small rivers bordered with flowers and beautiful views with monumental farmhouses.

Gouda: (12km)
The city is famous for its’ Goudse Cheese which is still sold on the cheese market during the summer season.

The inner city still contains a lot of historic and monumental buildings of which city hall and the St. Jans Church are the most well known. Furthermore Gouda is renowned for the production of candles, pipes, syrup waffles and it’s yearly candle night.

Schoonhoven: (18km)
Schoonhoven is a beautiful historic town also known as Silver town.
The Dutch Silvermuseum and the 17th century Veerpoort can be found here. The City hall has a bell tower containing fifty bells. 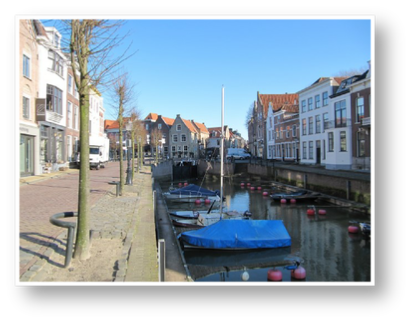 Rotterdam: (15km)
In the town centre of Rotterdam a large shopping area is situated with amongst others the Koopgoot, Lijnbaan and the Markthal. Rotterdam hosts 14 weekly markets, the largest of which can be found on the Binnenrotte on Tuesdays and Saturdays.

Rotterdam is also well known as a harbor town, being the largest transshipment harbor of mass goods in Europe. Many nice cruises through the harbor can be enjoyed.

Kinderdijk: (8km)
The village is mainly known for its windmills. As from 1997 these have been put on the UNESCO world heritage list. Kinderdijk is only 8 kilometers from our Bed & Breakfast.

Krimpen aan den IJssel: (7km)
This town is mostly known for its sea barrier. During the great flood of 1953 the open connection to the North Sea proved to be a great hazard. In 1954 the construction of the “Stormvloedkering Hollandse IJssel” commenced, the first of the Delta Works. In 1958 this was completed, together with the accompanying Algerabrug. Also to be found in Krimpen aan den Ijssel is the recreational area Krimpenerhout and a unique sweetwater tidal area called “het Stormpoldervloedbos”. Krimpen is also connected to the Waterbus network between Dordrecht and Rotterdam.

Dordrecht
Dordrecht is the oldest city in Holland with its rich trading history and beautiful monumental buildings.
The historic town is characterized by idyllic inland harbours, the Great Church and the unique three-river point at Groothoofd where the rivers Oude Maas, de Noord and Merwede flow together. Dordrecht and its surrounding area is a great recreational experience for tourists.
Dordrecht is easily accessible from our B & B by travelling by Waterbus (Fast Ferry) starting in Krimpen aan den IJssel.